This book may be unsuitable for people under 17 years of age due to its use of sexual content, drug and alcohol use, and/or violence.
Phoenix Unbound
by Grace Draven
Series: Fallen Empire #1
Published by Ace Release date : September 28th, 2018
Genres: Adult, Fantasy, Romance
Source: The Publisher | Format: ARC
Purchase at: Amazon (Affiliate Link) • Barnes & Noble
Goodreads

A woman with power over fire and illusion and an enslaved son of a chieftain battle a corrupt empire in this powerful and deeply emotional romantic fantasy from the USA Today bestselling author of Radiance.

Every year, each village is required to send a young woman to the Empire's capital--her fate to be burned alive for the entertainment of the masses. For the last five years, one small village's tithe has been the same woman. Gilene's sacrifice protects all the other young women of her village, and her secret to staying alive lies with the magic only she possesses.

But this year is different.

Azarion, the Empire's most famous gladiator, has somehow seen through her illusion--and is set on blackmailing Gilene into using her abilities to help him escape his life of slavery. And unknown to Gilene, he also wants to reclaim the birthright of his clan.

To protect her family and village, she will risk everything to return to the Empire--and burn once more.

I didn’t know I needed Phoenix Unbound in my life until it showed up on my doorstep.

Phoenix Unbound in short, blew me away. From the very beginning, we are immersed in a dark, dreaded world where slaves fight to the death as gladiators, women are given to them as prizes; only to be sacrificed and burned at the stake by the Empire every Spring. It’s hard to read; with many triggers throughout the book. Yet, it’s a beautifully written novel about sacrifice, ones own duty, and finding your place in the world. And best of all, love.

As can you imagine, the tone of the book is dark and full of violence, yet there are breaks to build up the setting and character development. We learn about the Empire’s cruelty, Azarion’s clan, and the village Gilene is from slowly, as the course of the story progresses, in a way that keeps the reader enthralled. Her writing is just absolutely phenomenal.

I loved all the characters in this book. Even the secondary characters and “bad guys.” All of them were very well-developed and stand out to me. They felt REAL. Both Gilene and Azarion struggled with their own demons, and they slowly developed a rapport, and then relationship, to help them heal. It was achingly slow build up of trust and love and it’s the best kind of enemies to lovers. I was worried that the romance would feel Stockholm syndrome(ish), but it wasn’t.

Aside from all that, what I loved most about this book how Gilene kept true to herself. Gilene was constantly put in situations of sacrifice, obligation and then (at first), forced to help Azarion on his own quest. Yet, she never faltered. She stayed fierce and loyal, even in the worst of times.

All in all, I loved this book so much. If you are looking for a new Fantasy series to start, Phoenix Unbound is where to go. Dark, brutal but beautiful, it will leave you aching for the sequel. Highly recommend.

A Collection of My Favorite Romance Novels

Book Spotlight | You Were Here by Cori McCarthy (Review + #Giveaway)

The Woman in the Photo by Mary Hogan 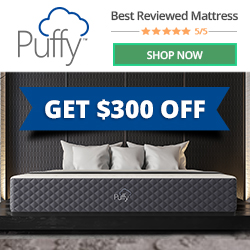